Allergies And Weed is a real thing! Weed is a natural healer, a mood booster, and just plain fun and allergies are the exact opposite of all of that. Humans can be allergic to just about anything. If you smoke a lot, that can unfortunately come to include cannabis. A small number of cannabis lovers who ingest on a daily basis suffer from Cannabinoid Hyperemesis Syndrome (CHS), which is a rare form of cannabis allergy that leads to repeated, severe vomiting. So far, this rare syndrome has only been found to occur in daily, long term users of cannabis. It is basically the result of the brain and body having different reactions to the effects of cannabis. In the brain, cannabis prevents nausea and vomiting, but in the digestive tract the response is different. The reason you probably didn’t throw up the first time you tried weed is because at first, the signal from the brain is stronger than that from the rest of the body. With repeated use, the brain receptors may stop responding in the same way, which leads to the effects of CHS.

There are three phases of the CHS: the prodromal phase, the hyperemetic phase, and the recovery phase. The promodal phase can be ongoing and last from days to years, and includes frequent, early morning nausea. It’s hard to recognize because most people just treat it by smoking more weed, which they don’t realize makes things worse. Eating patterns stay the same for the most part because those suffering from it probably don’t know anything is wrong.

The hyperemetic phase is when shit gets a little more real. That’s when the constant nausea, vomiting, belly pain and dehydration, all of which can be experienced in the promodal phase, get much worse. People experiencing this phase usually decrease their food intake due to increased stomach sensitivity. They even experience so many temperature changes internally that they tend to take several hot showers throughout the day to ease their symptoms. It’s at this stage when most people seek out medical help, but since most healthcare providers may not identify CHS as the immediate cause of the issue, the hyperemetic phase can be both long and costly. There are various scans and tests that are needed to rule out any other cause. Are you pregnant? Anemic? Blocked? Is it your nervous system? You’ll know for sure once they run all these tests, potentially even sending you to a specialist. What you may not know, is whether you actually have a diagnosis of CHS.

Treatment usually consists of IV fluids for dehydration and anti-nausea medications, proton pump inhibitors for stomach inflammation and possibly pain meds. The only way to really figure out if you’re feeling the effects of CHS is to take a tolerance break, or a t-break, to see if the recovery phase begins. In the recovery phase, symptoms go away, and you can eat normally. The symptoms come back if you try cannabis again, even after a few days or months.

I know some people have chronic conditions where they need cannabis every day, but I think for the rest of us it’s cool to institute regular, short t- breaks to prolong the effects of or avoid CHS entirely. We know it’s possible to build up a tolerance to cannabis, or even an allergy (which is the worst. To be honest if that happened to me I’d be like the lady who was allergic to shellfish in the Eddie Murphy version of Dr. Doolittle- get my epi-pen ready while I roll one up). Image scans show that some people who use cannabis regularly have fewer CB1 receptors in the brain. Everything related to cannabis there isn’t a ton of research but we do know that ?CB1 receptors only need 2 days to recover and return to their pre-cannabis state. I’ve started implementing breaks just in case. Here’s to many more years of worry-free weed. 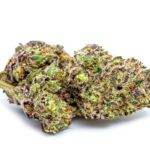 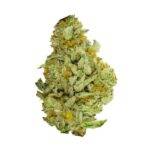