Aliens Hurtle Through Space on a Blunt 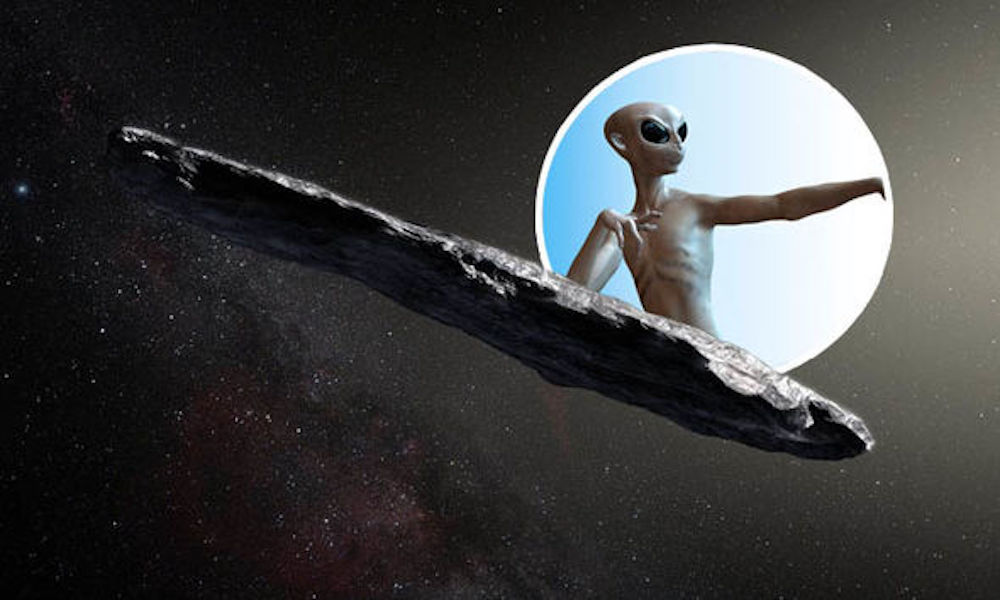 I’ve watched my fair share of alien flicks. They usually feature a handsome and egotistical explorer or astronaut and a scientist who ranges from sexy to sputtering, but who spends roughly half the movie warning earthlings about an impending visit, that usually brings on doom. I’ve never pictured throughout the litany of doomsday scenarios I’ve watched in my life, that what we see as alien life threatening the way of life as we know it, might instead be visitors from the planet Bluntonia rolling by in their blunt shaped space ship on the way to their next adventure.

One of the age old questions of mankind is, “are we alone?” For millennia, humans have looked up into the sky blanketed with twinkling stars and pondered their place in the universe. Also a good number of those humans were probably lit off of some fire Kush when they pondered this idea. Cannabis is known to be a friend to the artist, a friend to the anxious, and it is definitely a friend to the amateur astronomer and would be alien tracker. As many times as you’ve blown smoke into the sky and thought about your place in the universe, how many times have you imagined that some other life form might be wondering if they’re the only ones out there? Also that they might be riding by at just that very moment, in a blunt-shaped space ship that looks like a rock. Trippy.

Oumuamua, the blunt shaped interstellar object that some scientists think is a spaceship and others think is debris, passed through our solar system back in 2017, but it has been a hot topic of conversation again this year, since Harvard Professor Avi Loeb, head of the Ivy League institution’s astronomy department, declared in a recent study that he was all in on the alien theory. According to him, we’d be crazy arrogant to think we’re the only intelligent life in the universe.

I can’t say I disagree. It doesn’t hurt me to believe a little, and I’m clearly not the only one. The X-Files ran for ages because lots of people want to believe. The blunt-shaped object hurtled through our solar system several years ago, and was on its way out before we even caught a glimpse of it. Scientists called it Oumuamua, a Hawaiian word that roughly translates to “scout”. A central feature of its weirdness is how it appeared to accelerate as it departed our cosmic neighborhood, just like an outgassing comet might. The problem is Oumuamua had no visible cometary tail. Basically, it looked like a very odd asteroid, but acted like a comet. Professor Loeb co-wrote a paper asserting that it was probably aliens and that the object could be a light sale (a space object propelled by the momentum of light particles in space, and everyone lost their shit. Recently, he doubled down, and the scientific community isn’t in love with the idea. I, on the other hand, am into it.

I can’t be conjecture that this was the work of aliens, but I have to say, if it is, these might just be the coolest aliens ever. Who thinks of hurtling a big ass blunt through space? Also if it is a space ship, who’s driving it? Are they high? What kind of space grade weed are they smoking? What if this is just “Dude, Where’s My Car” in Space? All I know is, I’m not going to rule out alien life forms. If anything, it’s a sign that they are probably friendly, especially since they passed the blunt by Earth. Next time, I’ll bring the snacks.

Beer And Cannabis Are Two Peas In A Pod

How to Choose the Right Cannabis Storage Container