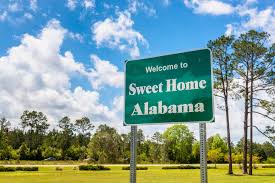 Nina Simone sang the classic tune Mississippi Goddam to comment on the racial injustices and outright murder of African Americans in the state of Mississippi occurring in her young adulthood. Things she was living though. While America is dealing with BLM as a reaction to police violence and situations like the Ahmed Aubrey case where a black man jogging was targeted and murdered for there is a case involving marijuana brewing in Alabama.

According to NORML, in Alabama the penalty for possessing any amount of marijuana is up to a year in jail and a $10,000 fine. The penalty if the marijuana is suspected not to be for personal use is up to 10 years in jail and a $15,000 fine. We have to set the stage for where this case is occurring. According to Fox News, In 2019, a Department of Justice investigation into the state’s men’s prisons found that the system consistently violates inmates’ Eighth Amendment rights by “failing to protect them from prisoner-on-prisoner violence and prisoner-on-prisoner sexual abuse.”

Let’s look at the case. Sean Worsely is from Arizona. He and his wife were traveling through Alabama to go to North Carolina where Worsley was going to help repair his mother’s home that was damaged in Hurricane Matthew. This was in 2016. An Alabama police officer detained them while getting gas at a gas station, searched, and questioned them.

Worsley is a disabled Iraq war veteran injured from clearing bombs. Worsley license was valid, registration was valid, and had a valid Arizona medical marijuana card on him at the time. Worsley was prescribed medical marijuana for pain and PTSD due to his injuries as a veteran. What the FOX news article does not state is why a husband and wife with valid registration were approached while at the gas station in the first place. Possibly being out of state and African American may have played a factor!

The officer found prescribed medical marijuana on Mr. Wosely as well as his marijuana license. According to the article Worsley and his wife were cooperative and provided all information to the officer. Again, according to the article after providing information and a civil conversation the officer suddenly arrested Mr. Wosely. It is Alabama and marijuana is illegal OK. However, Mr. Wosely is now facing 5 years in prison for personal marijuana possession that is legal and/or decriminalized in most states.

Why did I start off the article saying Alabama God damn? Fox News says it best… “In 2016, the year the Worsleys were arrested, Alabama law enforcement made 2,351 arrests for marijuana possession, over 1,000 more than they made for robbery. That year, Black people in Alabama were four times more likely than their White counterparts to be arrested for marijuana, according to the SPLC”. It does not stop there. The words of Isiah James of the Black Veterans Project says it best…”. “Sadly, it’s not abnormal… “Sean (Wosely) told them, listen, I have PTSD, I have TBI, here’s my medical marijuana card. My marijuana is right there. The cops still don’t give a damn, the judge doesn’t give a damn. The court doesn’t give a damn because they don’t see any of that stuff. All they see is your blackness.”

FOX News supports veterans and I understand why they are running this story. This is simply a fucked up situation. I do not see it as fucked up because Mr. Wosely is a veteran, was going to help his mother, and has a Purple Heart for being wounded in battle. It is fucked up because no one should do 5 years in prison for marijuana possession. Nobody should be in prison at all for marijuana. This FOX news article also mentions that 89% of marijuana possession cases in Alabama are for simple possession. Of those arrests African Americans are four times as likely to be arrested than white people in Alabama. Black people are not smoking more than white people so why the disparity? This case is fucked up for the Wosely family! This is injustice. To be clear, Alabama is an injustice for every person incarcerated in its system!

Again, In 2019, a Department of Justice investigation into the state’s men’s prisons found that the system consistently violates inmates’ Eighth Amendment rights by “failing to protect them from prisoner-on-prisoner violence and prisoner-on-prisoner sexual abuse.” Sean Wosely was extradited from Arizona into an Alabama prison for this simple marijuana charge. In Arizona he lost employment and opportunities because of an active warrant for his arrest in Alabama. Look at the details of this case as a microcosm for how Alabama uses marijuana,

New Combinations For A Cannabis Culinary Curation in 2022