The NBA is setting the precedent for how professional sports has to operate respecting the reality of the pandemic. MLB may soon be canceled as they have no “bubble” protocol and as players come and go as they please more positive tests are developing and numbers are growing. The NFL plays games in many dome stadiums. Unlike the NBA you can’t have an NFL bubble as the dynamics of the game just don’t allow for that. Football with no fans maybe?… I don’t know! However, what the NBA is still ignoring is its archaic stance on marijuana.
https://www.marijuanamoment.net/nba-players-union-head-joins-marijuana-company-as-league-reportedly-suspends-drug-testing/

While it was reported that NBA players will not be tested for cannabis in the “bubble”, I am just learning at the same time the head of NBA player’s union Michelle Roberts, has joined the board of Cresco labs. According to Marijuana Moment, Roberts will work with the company to develop “distinctive brands of high quality products and services, particularly those focused on the promise held by medicinal cannabis to treat conditions and illnesses where more traditional protocols have not met the patients”.

Roberts has been the head of the NBA player’s union since 2014. Roberts added that she is committed to supporting the company’s social responsibility efforts to” better both individual lives and underrepresented communities.” Not questioning Robert’s intent, but that statement is consistently tied to marijuana companies and state agencies when announcing marijuana business deals. As companies and individuals are enriching themselves there is a theme to speak to “underrepresented communities”. I await to see how Cresco or any company supports these communities.

It has been reported that Roberts has been advocating for a reform of the NBA’s marijuana policy. Roberts has spoken about the efficacy and pain management purposes of cannabis for NBA players. As head of the player’s union Robert has stated, “We’re in talks with the league to see where we can go with it,” she said at the time. “The obvious future is that marijuana will be decriminalized probably throughout the country in short order.”

Currently, the NBA is not testing for cannabis during this shortened season in the NBA “bubble”. Actually, they are not testing for any recreational drugs in the bubble. On one hand it makes sense as these men have sacrificed time with their families for weeks, months for some to “punish” these men for using marijuana to unwind and/or relieve pain is not treating them as men at all. Not testing for recreational drugs though? I would not want to guard Russel Westbrook on a bump of cocaine!!! Seriously though, let me take dirt off that man’s name. That is part of the problem. The NBA is often seen as a black men’ league first and foremost… Not a league of professional, responsible, and business minded athletes that take care of their minds and bodies.

If the NBA finally ends marijuana testing permanently it will join the other major professional sports in ceasing to punish players for marijuana usage. The NBA is the last professional league that still does this pointless act of control. Leave these dudes alone! I can’t wait until I no longer have to hear Stephen A. Smith chastising grown men to “stay off the weeeeeeeeed”! 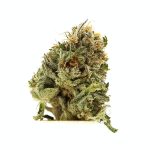 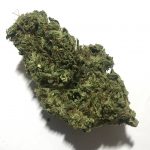