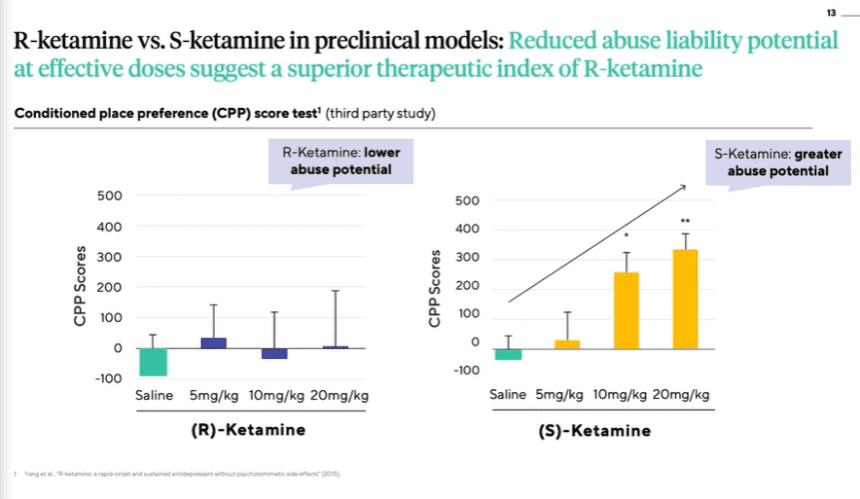 In this article, I’ll walk through everything you need to know about the event.

To start, while the presentation briefly touched on many of its clinical programs, the primary focus of the atai Life Sciences R&D Day was its Phase 2a trial attempting to treat Treatment-Resistant Depression (TRD) with a single dose of intravenous R-ketamine. More than half of the presentation was focused on this program.

Enrollment for the study has been completed, and all patients are expected to be dosed with atai’s R-ketamine — called PCN-101 — by the end of this week. The 93 TRD patients will either receive 30 mg of R-ketamine, 60 mg, or the placebo.

The main goal is to measure whether the administration of R-ketamine alone — without therapy — can have rapid antidepressant effects, measured using the MADRS scale, 24 hours after administration. Patients’ depressive symptoms will again be measured 7 and 14 days after being dosed. We should expect a preliminary readout of the results before the end of this year.

Importantly, if PCN-101 is effective in rapidly reducing depression levels, atai hopes it can be self-administered in an unsupervised at-home setting. This is important, as a large portion of the cost of psychedelic-assisted therapy comes from therapy and supervision. In other words, if R-ketamine is effective in treating TRD, without the costs of therapeutic oversight, it would be a much more accessible medicine.

atai believes home administration of IV PCN-101 is feasible, as R-ketamine has fewer cognitive and dissociative effects than regular or S-ketamine. This means that the patient would be unlikely to put themselves in a dangerous situation due to changes in their mental state.

At their R&D Day, atai called this a “major differentiator” from other psychedelic and non-psychedelic treatments being explored for TRD.

Furthermore, atai’s preclinical evidence shows that R-ketamine may have a more potent and durable antidepressant effect than S-ketamine, while also having a “lower potential for abuse.” Of course, this will all have to be backed up by later-stage clinical trials before it is confirmed.

In a scientist “fireside chat” portion of the presentation, Dr. Gerald Sanacora of Yale University said that the promise of PCN-101 and other ketamine medicines is that they are rapid acting. In fact, he said that the fact that we see antidepressant effects within hours or days, rather than months, is “transformative.” A look at the rest of atai’s pipeline

About three-quarters of the way into R&D Day, atai Life Sciences shifted gears and touched on many of their other medicines.

First, they discussed Compass Pathways’ upcoming Phase 3 trials using its formulation of psilocybin — COMP360 — to treat TRD. As a reminder, atai owns roughly 21% of Compass. As noted in my recent deep dive on the subject, after a successful Phase 2b trial Compass is now launching not one, but two separate Phase 3 clinical trials measuring the effectiveness of psilocybin in treating TRD. With 233 and 568 patients respectively, these will be the largest and second-largest psychedelic clinical trials ever. We should expect the results of these trials in 2024 and 2025. Next, atai Life Sciences discussed their DMT program (VLS-001), which recently entered a Phase 1 trial. Eventually, atai hopes to use DMT to treat TRD. DMT is a very exciting potential medicine, as it is chemically related to psilocybin — which has shown great promise in treating depression — while having a much shorter duration of effect. While psilocybin’s effects can last more than 6 hours, atai says their film strip version of DMT lasts only 30-45 minutes, meaning that the time spent in a clinic could be around two hours. If — and this needs to be confirmed in late-stage clinical trials before any claims can be made — DMT is equally effective in treating depression as psilocybin, then it would be much more cost-effective.

We should expect the initial results of this trial in the first half of 2023.

After discussing their DMT program, atai moved on to their GRX-917 program, which uses a deuterated etifoxine to treat Generalized Anxiety Disorder. Deuterated etifoxine is non-psychedelic, and is actually already legal in parts of Europe such as France. Nevertheless, atai Life Sciences hopes to show its effectiveness to American and other international regulators. The company recently completed a successful Phase 1 trial, showing the safety of the drug. In it, only minor adverse events, such as temporary dizziness, were observed.

Next, atai discussed another non-psychedelic drug candidate, RL-007. They hope to use this to treat cognitive impairment associated with schizophrenia, for which there are currently no approved medicines. atai has a Phase 2b trial starting before the end of 2022, which will have 234 patients, testing two different dose levels. This follows a successful Phase 2a trial, which showed the drug had procognitive effects such as improved memory, while having minimal side effects.

Lastly, atai discussed its KUR-101 medicine, which is an oral formulation of deuterated mitragynine, an active ingredient in the kratom plant. atai Life Sciences hopes to use this to treat Opioid Use Disorder. The company recently announced positive initial results of a Phase 1 safety trial, with further data to be released by the end of 2022. Taken together, atai Life Sciences’ R&D Day makes clear that the company has a very robust pipeline of both psychedelic and non-psychedelic drugs. And importantly, the company has the cash on hand to fund them. As of June 30th, the atai had $312 million in the bank, which should sustain the company and its research into 2025.

While we will have to wait to see the results of late-stage clinical trials (do I sound like a broken record yet?), the above information is very positive news. For investors, yes, but more importantly, for the millions of people globally who suffer from mental health conditions.

Florian Brand, CEO of atai Life Sciences, opened the meeting with atai’s stated mission, “to address the escalating mental health crisis” that its founders and their friends and families have experienced firsthand. In fact, according to Brand, ”nearly 1 billion people live with mental health issues,” a statistic gathered before the pandemic.

This is why psychedelic medicines are so exciting. Even if they can help a fraction of that number, our world would be greatly improved. 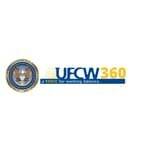