The MORE Act will be put to a vote Friday in the House of Representatives. The Marijuana Opportunity Reinvestment and Expungement Act (MORE Act) would decriminalize cannabis and clear the way to erase nonviolent federal marijuana convictions. Friday’s vote would mark the first time a full chamber of Congress has taken up the issue of federally decriminalizing cannabis according to NBC news.

NORML has provided consistent reporting on how the vote on this bill was strategically pushed back every few months so Democrats could avoid Republicans using the issue as smoke and mirrors to affect other issues. So the bill was tabled for after November elections… It is now after the elections so time to put it to the vote!.

The MORE Act would end federal prohibition and criminalization of marijuana by DE scheduling it from the Controlled Substances Act. This would allow states to be the authority in dealing with cannabis policies. In addition, The MORE Act would create pathways for ownership opportunities in the cannabis industry, allow veterans to obtain medical cannabis recommendations, and establish funding sources to reinvest in communities disproportionately affected by the war on drugs as reported by NBC news.

Rep. Earl Blumenauer, D-Ore., Co-Chair of the Congressional Cannabis Caucus has stated, “For too long, the war on drugs has targeted young people, especially Black people, and rejected the advice of experts.” Richard Nixon began the coded language of “Law And Order” and the “War On Drugs”. We are now clear that that meant a war to arrest black, brown, and poorer Americans.

Many polls show public acceptance of cannabis is at an all-time high,” he said. In addition, cannabis won big on Election Day last month. Voters in Arizona, New Jersey, South Dakota, Montana and Mississippi — approved measures to legalize some form of marijuana use. There are 15 states, two territories, and Washington, D.C., that have legalized recreational cannabis. There are 34 states and two territories that allow medical marijuana.”

I still find it “Interesting” that the impetus for this legalization push is spoken of as social justice and racial justice. Is America pushing for legalization for moral reasons? Or is this push based on a billion dollar industry that government and corporate interests now want to totally control? 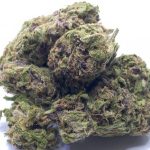 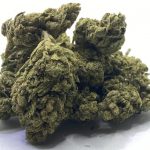