Cannabis comes in many different forms, but among my favorites are consumables. What are consumables? They are exactly what they sound like: consumable forms of cannabis that will allow you to enjoy the benefits and effects of cannabis without having to actually smoke it. This has lots of benefits. Your hair, skin, and clothes don’t carry the telltale smell of cannabis, and they are super discrete. Consumables fall into two buckets, usually called edibles and drinkables. Edibles are solid foods that mirror the look of most foods, but with a special twist. Edibles can be sweet or savory. Traditionally they were baked goods, like the infamous weed brownies, but these days, everything from pesto sauce to chocolate kisses to gummies are fair game. The effects of edibles take a longer time than other methods to be recognized by the brain and the impact can last between 4-6 hours.

Weed drinks can be created through emulsions, infusions, or through tinctures. Tinctures were previously included in doctor’s kits at the turn of the 20th century due to their healing properties, primarily their use as a disinfectant and aiding in repairing skin fissures. They were removed from those kits due to concerns about their psychoactive properties but thankfully, they have been reintroduced since medical marijuana was made legal.

The emulsion process is typically utilized for wine, wherein the wine is produced normally, but de-alcoholized and blended with a CBD or THC-infused emulsion before bottling. An infusion requires cannabis plants to be immersed in wine to take on the properties of weed, and the pungent, skunky flavors are removed to produce concoctions that are colorless and odor-free. Weed drinks now come in many varieties: sodas, bottled coffee, kombucha, and sparkling “weed-claws” (a nod to the White Claw sparkling alcohol ciders that have grown in popularity in the last few years). So, what makes weed drinks appealing? In short, they are easier to monitor than most edibles. Drinks are controlled dosage, more digestible, and deliver the full effects of CBD or THC much faster than edibles, typically within 15-20 minutes vs. the 1-2 hours it can take for a brownie or gummy bear to take effect. The result is a faster, more controlled high where you don’t end up pushing your limits because you don’t “feel anything”.

Consumables are amazing because they are more discrete and have smaller concentrations of cannabis. The caveat here, though is that for most, edibles are still a great unknown. You never know when the shit will knock you off your ass, nor how long a high will last. Just ask my friend whose high kicked in in the middle of a club in a town she was visiting. She got pretty paranoid and had to leave. It’s not a cautionary tale, just a real thing that could happen. You have no idea how long the high will take to come, nor how long it will last. As a rule of thumb, however, with regular cannabis infused snacks such as brownies, cookies, candies, etc.. The average onset time can range from thirty minutes to well over an hour, in some cases even taking as long as two hours to kick in. Inexperienced users many times make the mistake of assuming the edible did not work because it has been longer than what they were told and eat more, only to be hit a short time later with increased effects that last a lot longer.

More than a few people have gotten high fast as fuck by skipping the pre-edible meal. An empty stomach is often the cause of a super high. Also get this: eating food after ingesting the edible, if on an empty stomach, can increase the speed at which the effects come on, as putting more food on top of the edible can push it down more quickly through the digestive system. So, if you’re looking to feel the effects as quickly as possible, eat or consume the edible on an empty stomach and eat something small about 10-15 minutes afterward to help speed up the digestive process.

Select has a dope ass selection of edibles, so if you want to try some, they come highly recommended. Don’t be scared to try something new. Just make sure to prepare and don’t overdo it. Happy consuming! 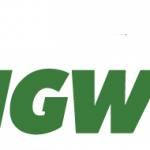