4 Tips For Watching “Higher-Works” This 4th Of July 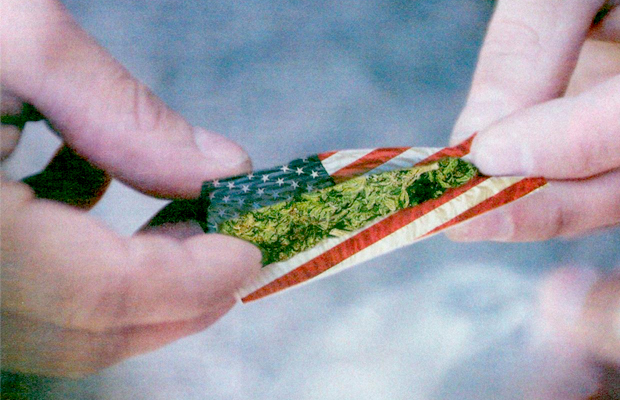 This weekend is the 4th of July, which means crowds, flag shorts, and fireworks. For us, it also means weed, and why shouldn’t it? Cannabis is as American as apple pie. From its rumored use as the material for the first American flag, to vets using it to cope after defending our freedoms, to being a scapegoat for treating people differently (cough- looking at you, 2021 Olympics Committee- cough), cannabis is as intertwined with the United States as the image of baseball and Cracker Jack. The now-essential industry weathered the storm of the pandemic and thrived during continued lockdowns, so it’s only fair that it be part of our celebrations as we revel in the country’s annual celebration. This year I’ll be celebrating by catching the fireworks from my favorite spot, Gravely Park. But there are tons of places to view the sky show away from the crowds at the National Mall. But if you’re braving the area, read on for some of my favorite tips on celebrating the 4th with cannabis.

The days are long and the sun is hot, so if your plans have you gunning from place to place, sativas are a good way to keep the energy up as you move through long haul days from cookout to BBQ to picnic to park. For fireworks, you might want to try an earthy, heady strain that promotes euphoria like classic Original Haze. Anything that makes you feel creative, giggly, and euphoric is going to be a win and enhance the colors busting from the sky.

It’s almost second nature to reach for a beer while you chill out on the beach or by the pool. Having a drink, then a toke, then another drink and another toke can easily have you crossfaded within a couple hours. The solution might be micro dosing with a few drinkables. Stick to a few 5 mg packages of cannabis infused wines, beers, or hard seltzers to keep the party going without subjecting yourself to the crossfade. It’s a consistent buzz that feels just as good and just as relaxed, without the looming hangovers.

It’s a long weekend, so if you want to get faded, I won’t blame you. It’s a long weekend and if you don’t have shit to do, it’s a great time to try something a little bit different from your norm. I usually stick to vaping and edibles when I’m out and about because they are more discreet, but this year I plan to sit on my balcony and try some hash concentrate.

Ok, story time kids. There once was a guy fresh out of high school who got together with some friends and decided it would be a good idea to get high as fuck and light fireworks. Yea, I know. But said guy was young and dumb. So, he got together with some other freshly minted high school graduates in their parent’s back yard, along with a big ass bag of fireworks. However, an hour before sunset they headed out to the woodsy area behind the back yard, found a clearing, and laid out the fireworks and fired up their own shit in preparation to start their own light show. When it was finally dark enough, the group started shooting off the fireworks and laughing heartily to themselves, because they were high, the lights were pretty, and they found it hilarious. When it was time for the finale, they lit several tubes, but as they ran away from the lit tubes, someone accidentally knocked over the tube, and it took 3 or 4 other tubes with it. One rolled over to a small tree, and exploded. The sparks flew everywhere and before they knew it, some grass caught fire, and smoke rose into the air. A little shaken up, and their high blown from the idea of starting a forest fire in their back yard, the 18 year old shared a nervous laugh then spent the rest of the night thanking their lucky stars they didn’t burn down the house. Don’t be like those guys. Watch the show, love the fireworks, but don’t handle them yourself.