3rd Round Matchup Of The Elite Tourney 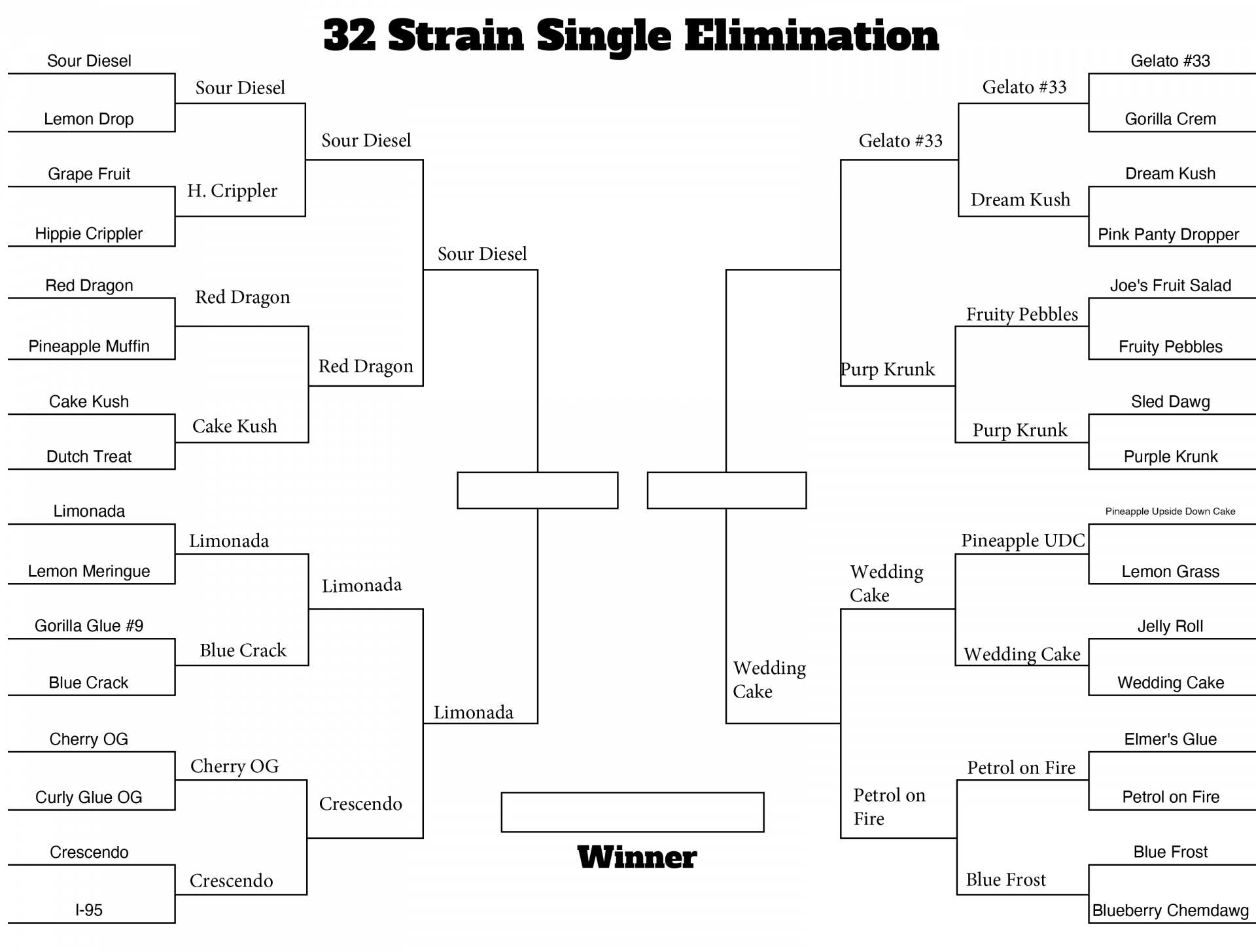 Viewers witnessed an epic beat down in the 3rd matchup of the Elite 8 tourney, with Wedding Cake coming out on top easily over Petrol on Fire. The well-known Indica dominant strain packs a rich, earthy, and slightly sour taste in each bud. Being a descendant of the Cookie family, Wedding Cake has been known to have THC levels of up to 26% so it offers the best of both worlds as far as taste and a balanced high. Having dense sticky nuggets with a hint of citrus, the potent buds of Wedding Cake provide an aromatic and visually stimulating response from recreational and medicinal fans alike.

From the 1st pull, Petrol on Fire faced an uphill battle. Providing a sedating mellow feel, Petrol on Fire has been a good go too bud for those seeking relief from cramps, fatigue, stress and muscle pains. On most nights the love child of Petrol OG and Hell Face would provide stiff competition, but against Wedding Cake viewers were left with nothing more than red eyes and a dry throat.

Over the 1st few weeks of the tournament it can be said that Wedding Cake has had the toughest schedule so far, facing off against perennial powers in Pineapple Upside Down Cake and Jelly Roll. Without the home crowd many thought that Wedding Cake would not have made it past the Sweet 16 after a grueling matchup against Pineapple Upside Down Cake.

Looking forward to next week’s matchup, Wedding Cake will have to be on its best game as it faces a potential matchup against the #1 Indica seed Gelato #33 or Purple Krunk. Either strain will present a tough battle, but many of the local fans will be thrilled to witness Wedding Cake take on the heavily favored Gelato #33. Looking back through the lineage of both strains, they have both dibbled and dabbled in the Girl Scout Cookie family.

Tune in next week for another great contest as we find out which strain will move on to compete in the Final 4.

Getting to Know CBD… The Calm To THC’s Storm