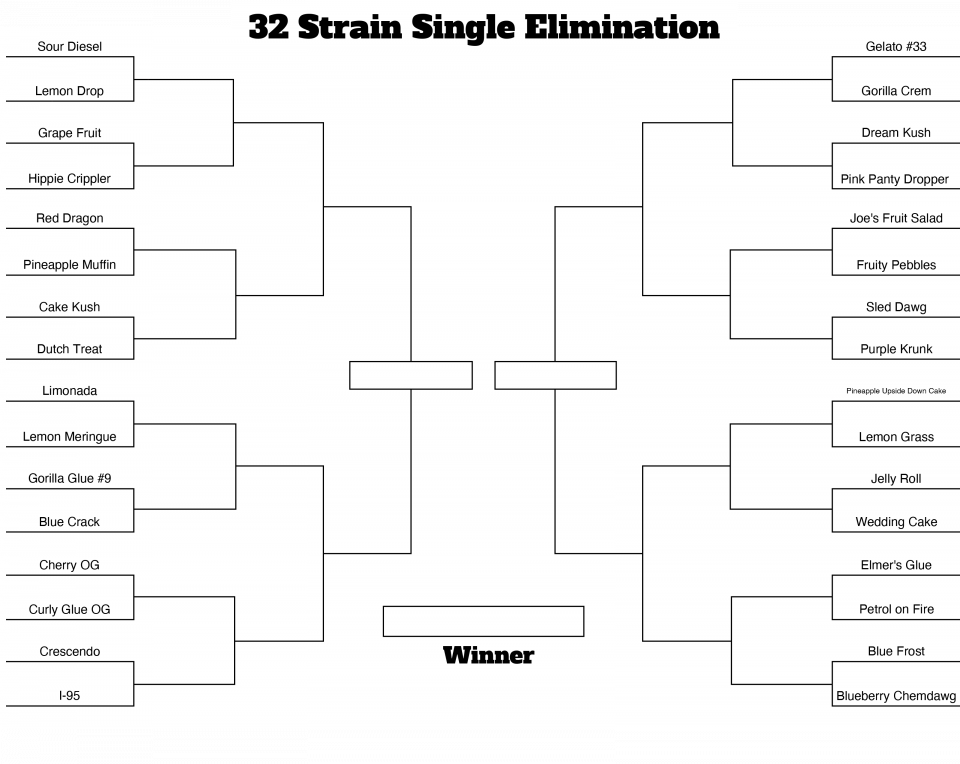 With the Nation in turmoil and time readily available, many weed strains have positioned themselves to be 2020’s #1 lung buster. This year’s 32 Strain Tournament features 2 of the nation’s heavyweights, Gelato #33 and Sour Diesel. Both strains have flowed through the lungs of millions and have a strong following from coast to coast.

A long-time favorite of cannabis enthusiasts and last year’s tournament winner, Sour Diesel has a cult following all over PG County. The hard hitting Sativa has always been a favorite of the streets and its popularity has recently spread to the medicinal community.

The tournament also hosts several up and coming strains that are looking to make a name for themselves. Limonada and Pineapple Upside Down Cake have met several times this year with the last matchup going down to the wire. The battle between the creamy lemon flavor mixed with the oh so sweet pineapple taste, combined to make a blunt for the ages.

The coin flip matchup of the 1st round is between 2 hybrids, Curly Glue OG and Cherry OG. Both possessing a balance of Indica and Sativa that leaves you with an energetic full bodied high. My money is on Curly Glue OG as it packs a whopping 30% THC level!

Looking forward to potential 2nd round matchups. A battle between Wedding Cake and Pineapple Cake will have the masses split between the 2 heavyweight Indica’s. This early round matchup will have the feel of a title game. With a mixed gene pool of Girl Scout Cookies and Cherry Pie, it will be no surprise if Wedding Cake positions itself as a favorite on the Indica side of the bracket.

Grab your Dutches, bongs and munchies and tune in each week to see which strain will take home the title as the nation’s #1 bud.