The 2020 presidential election is almost upon us. Please vote early. Whether by mail or absentee ballot I suggest getting on how you will vote now! One candidate knows that many people are voting by mail in this pandemic and is comically suggesting the results be announced the same night or it is a fraud. LOL. Do the research… That is not how elections work.

However, this article is not about voting or not voting. Let’s look at how cannabis may be affected in the 2020 election. More than a few states have decriminalization and/or legalization on their ballots this November.

To be clear, Decriminalization refers to law enforcement issuing fines, education, and/or prescribing treatment for violators instead of jail time.  This issue is pertinent to criminal justice reform as reported by marieclaire.com. Legalization pertains to totally removing punitive measures for marijuana at all.

Mississippi and South Dakota will vote whether to legalize marijuana. Both states have a stake in increasing revenue via this ballot vote. I will say that the MORE act must be spoken on here; the Marijuana Opportunity Reinvestment and Expungement Act. Harris said in the VP debate that Biden would enact this act. Mississippi has been considered a human rights violator for years with regards to their prison system as indicated by the ACLU People’s lives are at risk by entering the system and people are sent to prison for marijuana charges!

Marie Claire reports that half of all non-violent criminal charges filed every year are for cannabis possession. Marie Claire reports just as the Washington Post recently did that law enforcement has used cannabis laws to disproportionately arrest black and brown people as well as poor people. I would love to see a candidate speak to selective policing and enforcing even after the MORE Act is established. 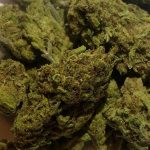